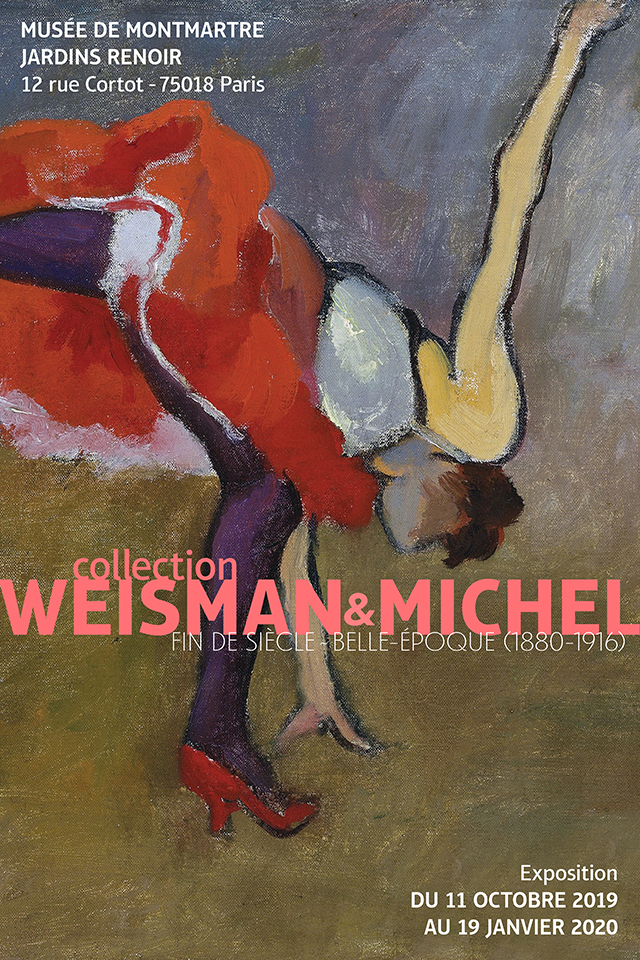 In collaboration with Saskia OOMS, Curator and head of collections at the Musée de Montmartre

The Weisman-Michel Collection is a unique, private collection which focuses on the work of artists at the end-of-the-nineteenth and early-twentieth-century who lived and/or worked in Montmartre or whose art reflects the avant-garde “spirit of Montmartre.” As such the collection not only presents a substantial body of aesthetically exciting and diverse art but also tells the cultural history of this influential period. While the end of the 19th century is often referred to as the "fin-de-siecle" because of its philosophy of decadence, the first decade of the 20th century is referred to as "The Belle Epoque" because of a sense of optimism and self-confidence. In both periods of time, Montmartre was the center of innovative activity as well as the favored subject of numerous artists.

Théophile Alexandre Steinlen  and Suzanne Valadon were important contributors to Montmartre’s art scene and  as such play major roles in the Weisman/Michel collection with numerous works. Adolphe Willette, Louis Anquetin, and H.G. Ibels, are also emphasized; others, equally important, such as Louis Legrand, Georges Bottini, Maxmime Dethomas, Hermann-Paul, Georges DeFeure, Edouard Saunier, Tomas Julio Leal da Camara, and Albert Guillaume are represented with two or more works, while better-known artists such as Pierre Bonnard, Georges Rouault, , Louis Valtat, Louis Hayet, and Eugène Grasset, each are included with one significant example. In addition, printmaking, poster art, book and journal illustration became major artistic concerns among the young fin-de-siècle generation of Montmatre artists such as Toulouse-Lautrec, T. A. Steinlen, Adolphe Willette, and members of the Nabis such as Pierre Bonnard and Henri Gabriel Ibels.

Make sure to copy Registration number after successful submission.

Thank you for payment.

USD
We use cookies to ensure that we give you the best experience on our website. If you continue to use this site we will assume that you are happy with it. Ok